Just now I went to Egonutrition’s store at Lot 10, just to survey the prices of few protein-supplements-prior-to-sleep (less active protein, like soy protein and casein protein) and guess what, they are relatively expensive! But that dude in that store just shared with me his experience (He’s a bodybuilding athlete and got sponsored about RM3k per month to enter the bodybuilding tournament, and that money is just for the supplements!). He said, “If you need to gain weight and looking for a low-active protein to be consumed prior to sleep, but you are on tight budget, just go with a glass of milk, a low-fat milk. Milk contains casein but yeah, it’s not concentrated like those supplements.”

You are right dude. In fact milk contains both casein and whey protein. But what are they? what so special about those two? I’ll tell you that later in other different entry, but as for now, I just want to share few tips of how to pick the right milk for your diet, since they are plenty type of them available out there, but not many of us concern about it. This entry is actually a respond of my previous entry entitled “10 Tips of how to gain weight for dummies” (Some of you asked me about this before, so here you go…).

Full-cream milk is simply a whole milk that has had its cream blended in and homogenized. It has about 3.5% of fat.
My personal comment: This is a milk that recommended by a doctor and nutritionist to be given to a baby until they become a toddler. But most product specifically for babies have been fortified with stuffs that helps human growth along with antibiotics (like imunofortis in Dumex). This is totally consumable to all people, from younger people to elder.

Skim milk is a milk product with an extremely low fat percentage, less than 0.5% of fat. Some countries regard skim milk as “nonfat milk”.
My personal comment: This is a milk that bodybuilders consume once after their workout along with whey protein. This is because fat will slow down the absorption of protein into the blood-stream; something that they need to avoid (because the muscle break-down need to be repaired quickly). This milk is also good for people who need to cut down their calorie intake in order to lose weight, though the taste is almost plain like a water.

Fresh milk is a milk that comes straight from the cow, goat, buffalo or Yak, it’s unpasteurized, non homogenized, unadulterated milk. Nothing added or taken out.
My personal comment: For those who wants to gain weight, seriously look for this kind of milk, but I bet some of you won’t like the strong smell. Notice that fresh milk also contains higher amount of cholestrol compared to other processed milks, so watch out.

Other alternative other than described above?

Soy Milk
My personal comment: There is no such like nonfat soy milk available in the outlet, and most soy milk brands are loaded with too much sugar. But it is a good milk source for a vegetarian, and also for those who are allergic to cow’s milk.

Nut Milk (groundnut, almond)
My personal comment: May not work for those who have allergy on nuts product, in fact it is quite expensive. Other comments are just like soy milk. 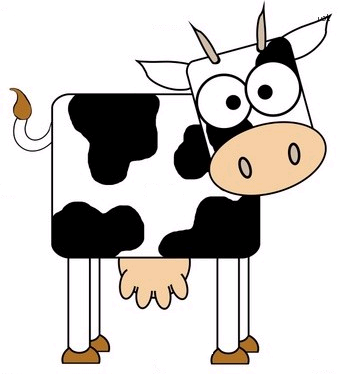 (This entry was first written in EsTOM. To read previous comments, click here)